Jacuzzi cylinder wall, Bottom, distribution nozzle, at least two pairs, as many as a dozen pairs, it is used in water to achieve the effects of massage.

Bottom nozzle mainly to massage the back, the head of the main cylinder wall foot massage, body sides and shoulders.

Jacuzzi generally do not have any standard massage nozzle configuration, like Kaldewei Jacuzzi, at least eight heads, the United States also has four Jacuzzi's.

Jacuzzi according to the nozzle configuration, generally divided into two types of hybrid systems with a single system, a single system, a single jet with single jet, a combination of systems, it is a combination of water and a jet.Buy what's jacuzzi, it is necessary to know the effectiveness of sprinklers, nozzles combined effect.Listen Motor Learn the nozzle, it is necessary to know the motor is good or bad.

When purchasing, turned on the electricity, let Jacuzzi work, then listen carefully to the sound emitted by the motor. Motor good, did not recognize the voice. If, according to the relevant norms in Germany, jacuzzi motor sound at 22 decibels, such a sound, human ear is almost inaudible. The difference between the motor, you can hear the noise, even the noise can be heard clearly.

Because it is electrical, but also water appliances, so also carefully looking at the nozzle, the interface conduit are tight.Sprinklers broadly divided into two types, water and jet. 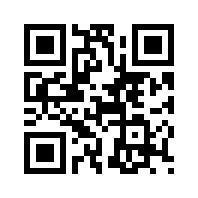